Today you are going to listen to the story of Anansi again and turn the story into a comic strip!

Full text: Anansi and his Sons

The telling of the story is based on the version told in the book Anansi the Spider: A Tale from the Ashanti by Gerald McDermott.

Time was, Anansi the Spider had six sons…

The first son was called ‘See Trouble’. He had the gift of seeing trouble a long way off. Second son was ‘Road Builder’. Third son was ‘River Drinker’. The next son was ‘Game Skinner’. Another son was ‘Stone Thrower’. And the last of his sons was ‘Cushion’. He was very soft.

One time, Anansi the Spider went a long way from home. He got lost. He fell into trouble. Back home was son ‘See Trouble’. “Father is in danger!” he cried. He knew it quickly and he told his brothers.

Road Builder son said, “Follow me!” Off he went making a road. They went fast to help Anansi, those six spider-brothers.

“Where is father now?”

“Fish has swallowed him!”

So River Drinker took a big drink. No more river. Then Game Skinner split open Fish and helped Anansi out.

They were very happy again, that spider family. All home again that night, Anansi found a thing in the forest. A great globe of silver light. “O mysterious and beautiful! I shall give this to my son,” said Anansi. “To the son who rescued me!” But which of his six sons deserves the prize? “God, can you help me? O God!” called Anansi.

Anansi asked God: “Please hold the beautiful globe of light until I know which son should have it for his own.” And so Anansi and his sons tried to decide which son deserved the prize. But they could not decide. So God took the beautiful white light up into the sky and kept it there for all to see. It is the moon. It is still there. It will always be there. It is there tonight.

Now sketch the different parts of the story and add captions (writing underneath) or speech to show what happens.

Here are some example comic strips... 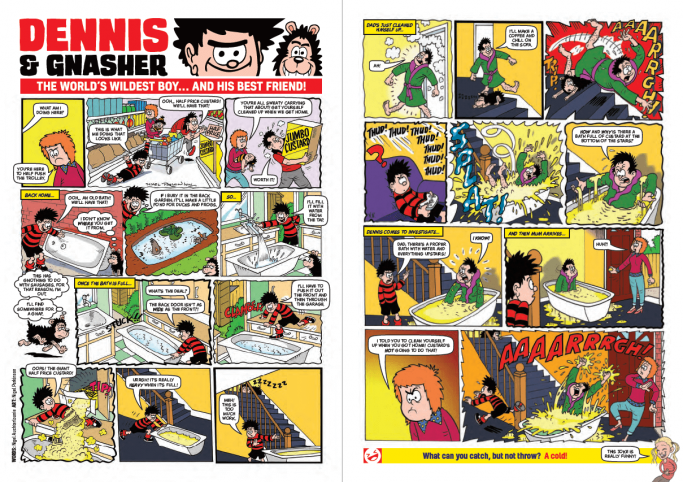 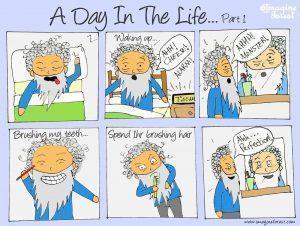 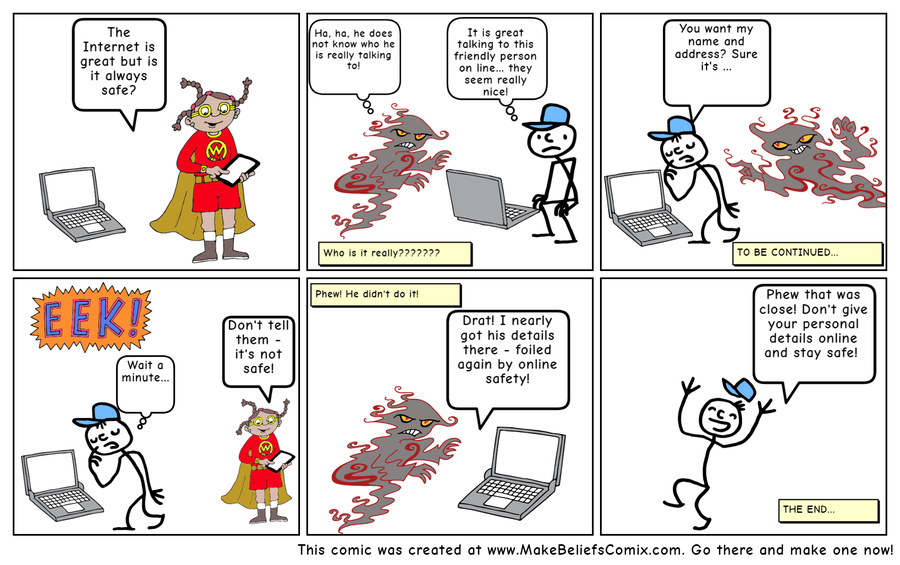 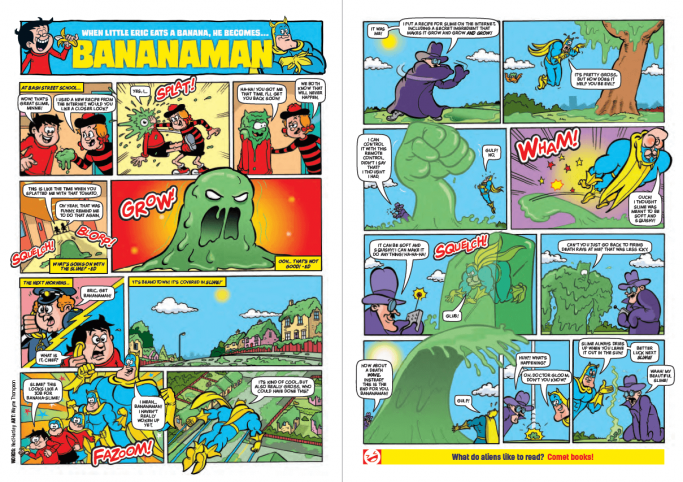 Here are some template ideas you could use... 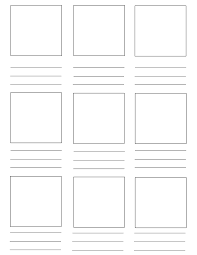 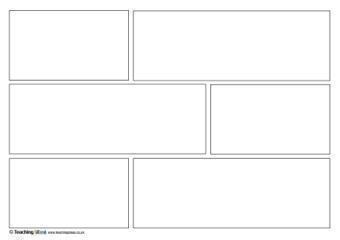 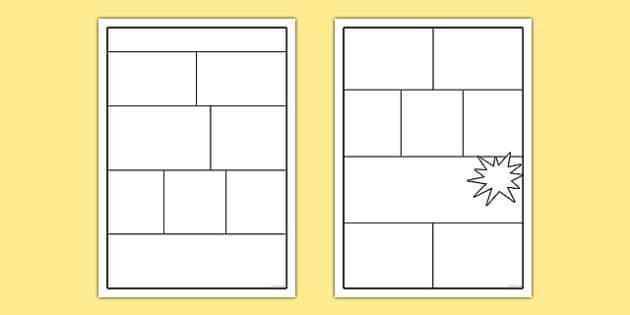