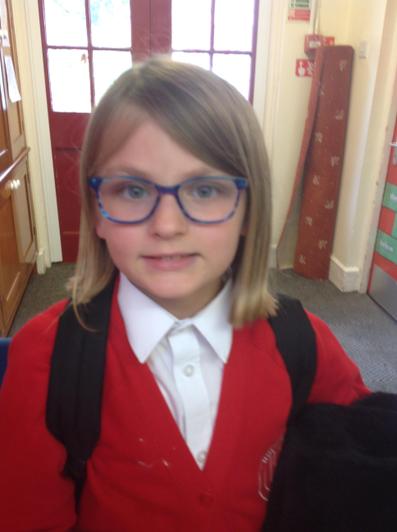 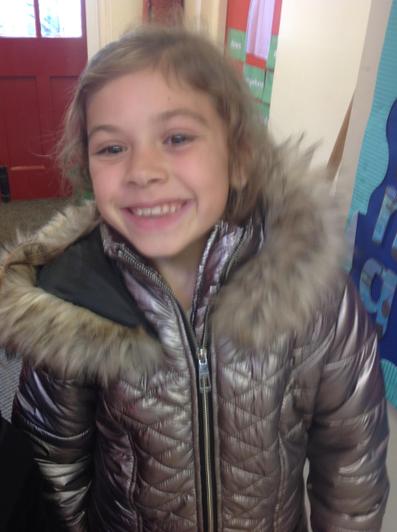 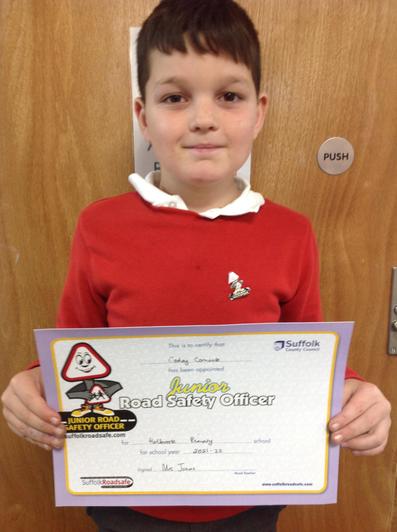 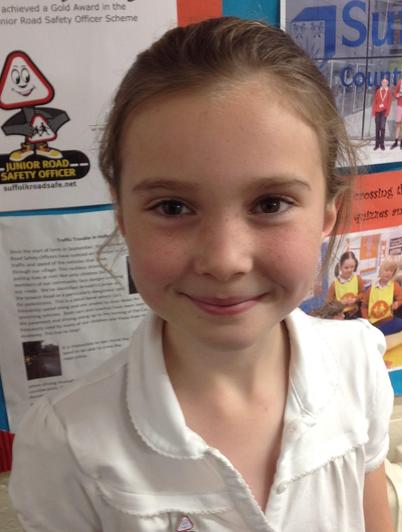 At Holbrook,  JRSOs are committed to making drivers aware of the need to drive and park safely in our village.  This term, they met with our Community Speed Watch Coordinator to find out about his work in the community.   They then helped out with a village speed watch. 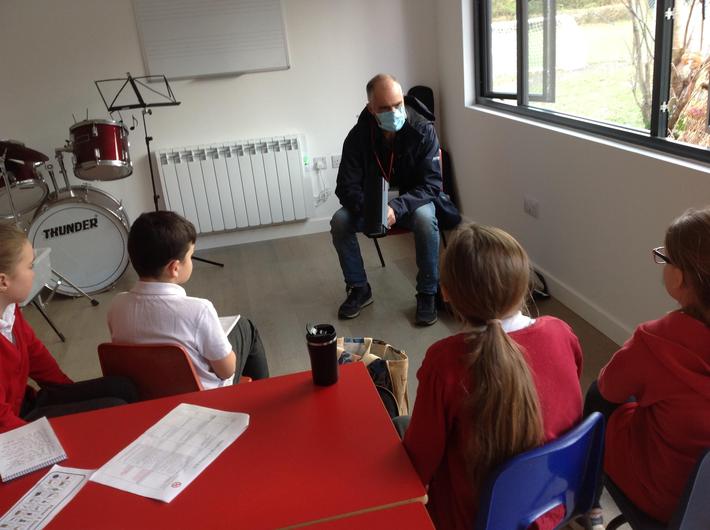 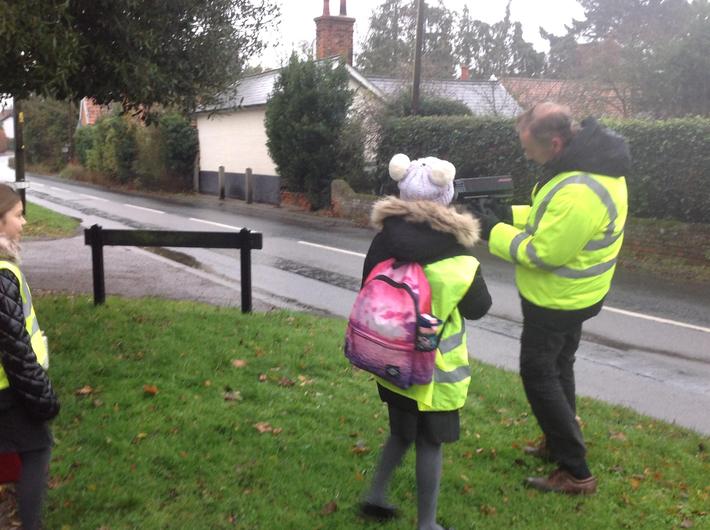 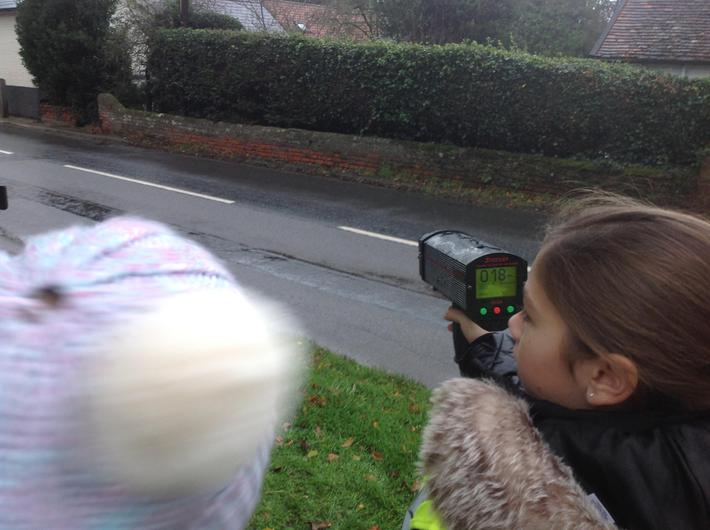 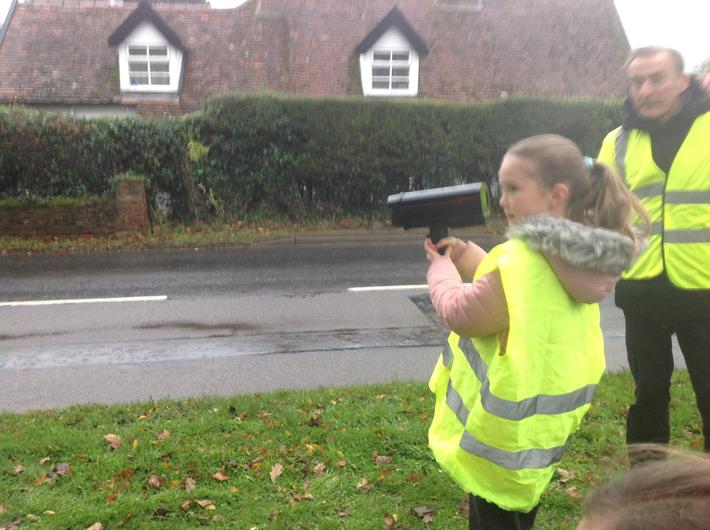 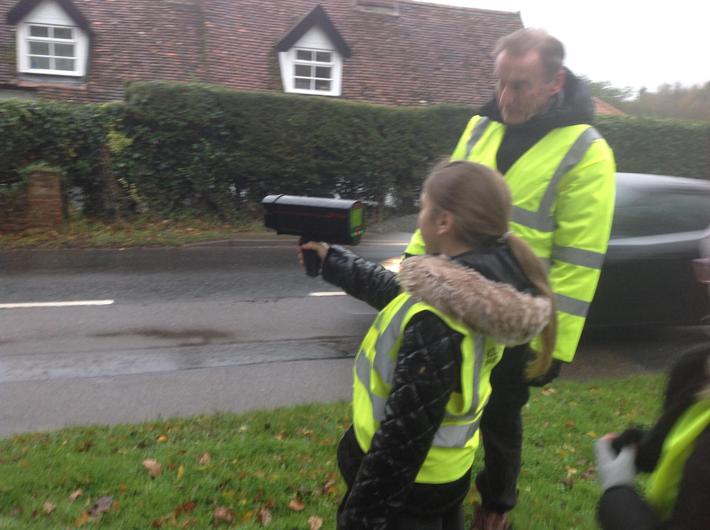 Christmas Bright Bandz competition - to remind everyone of the importance of being seen on dark winter mornings and evenings when out and about walking, cycling and scooting. You need to be bright like the Kings! 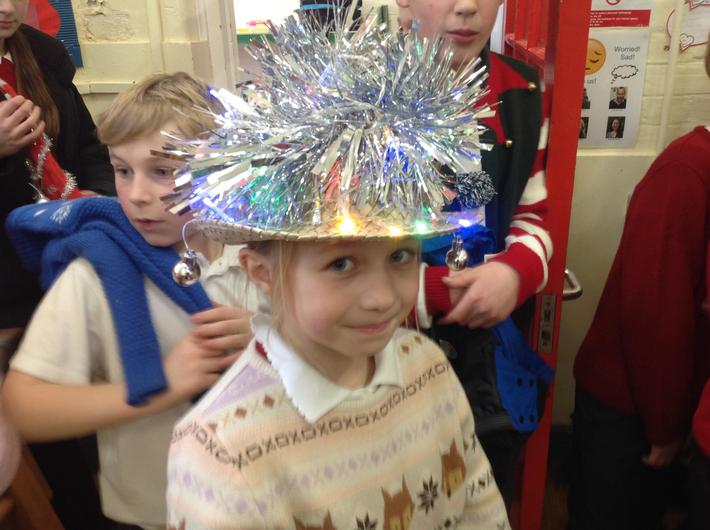 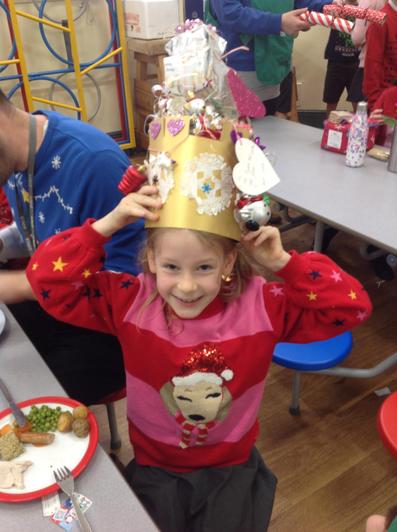 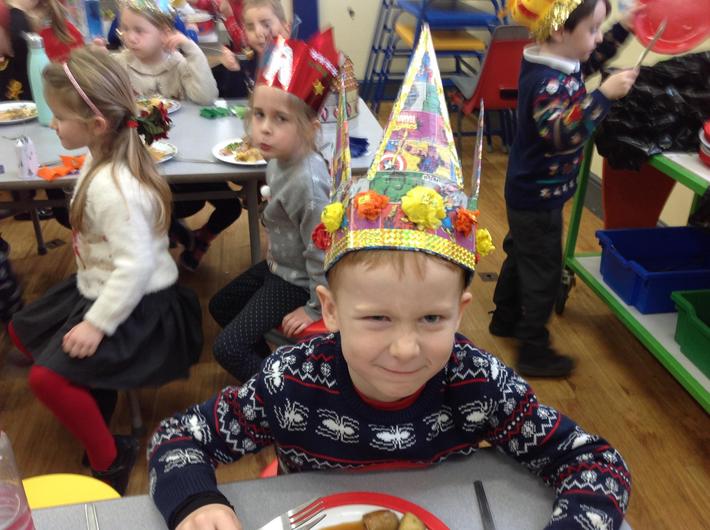 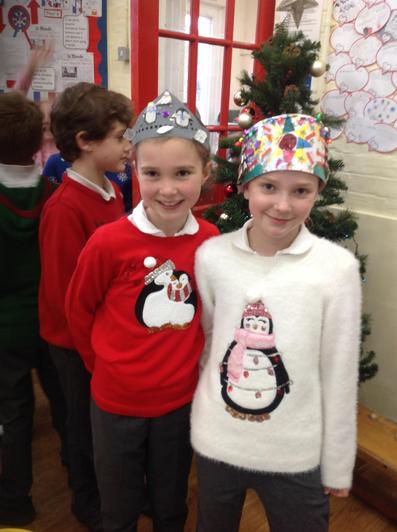 Since the start of term in September, the Holbrook Primary Junior Road Safety Officers have noticed an increase in the amount of traffic and speed of the vehicles that drive through our village. This reckless driving is putting lives at risk! Not only children but all members of our community face danger crossing our roads.  We’ve identified Arnold’s Corner on the Ipswich Road as a particularly dangerous spot for pedestrians.  This is a blind bend where cars frequently speed along and are unable to slow down for oncoming vehicles.  Both cars and coaches have been seen mounting the pavement and driving along up to the turning of the Cut, a lane frequently used by many of our children and those from the Academy. This has to stop!

When driving through our village, we urge you to drive safely and considerately. Nothing is too important to risk a child’s life.  Remember, twenty’s plenty! 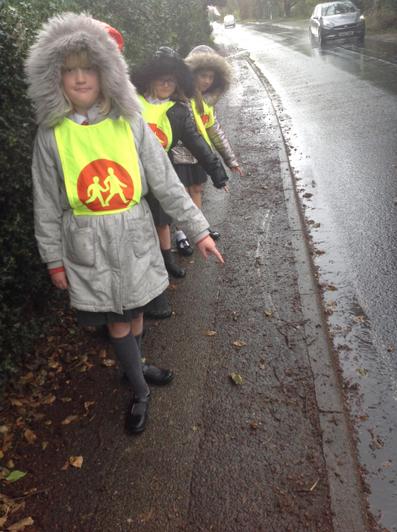 Tyre tracks where cars have swerved off the road onto the pavement. 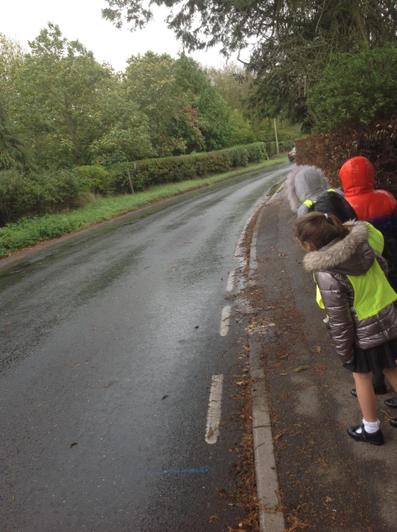 It is impossible cross the road safely at this blind bend.  Fast cars have to slam their breaks on.

The school have had a Junior Road Safety Officer team since 2008. They take part in Suffolk County Council Highways Agency 'Junior Road Safety Scheme. Last year our four JRSOs worked tirelessly to make Holbrook and its pupils safe whilst out and about. Each year we cover basic road awareness and safety including an autumn/winter brightness campaign. We always promote walking, cycling and scooting. Every year we have focused events such as a whole school sponsored walk around Alton Water, walk to school weeks and the Big Pedal weeks. We continue with our campaign to improve parking around the school. The JRSOs conduct regular parking patrols, giving out smiley faces to considerately parked cars. Their registration is then entered in a prize drawer. The JRSOs promoted an anti-idling initiative aimed at people switching off their engines when waiting to collect pupils. (This is to ensure a cleaner, healthier environment for all.) The JRSOs sent a winning flyer home to all parents and put up posters around the village. They asked the local secondary school to support their initiative and were interviewed on local BBC Suffolk radio.