Today we are going to be exploring tally charts.

Have a look at the tally charts below and work out the totals. Then write some sentences or talk about what the data shows you. 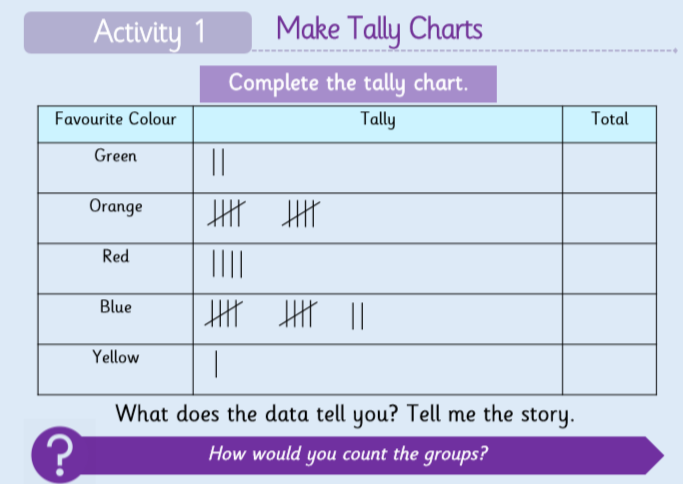 This tally chart shows that 12 people chose blue as their favourite colour. Blue is the most popular colour.

It also shows that only 1 person chose yellow, therefore yellow is the least popular favourite colour.

There were 24 people who took part in this survey altogether and half of them chose blue.

Orange was the second most popular colour as 10 people chose this.

See if you can work out the totals for the following tally charts and write sentences about the data. 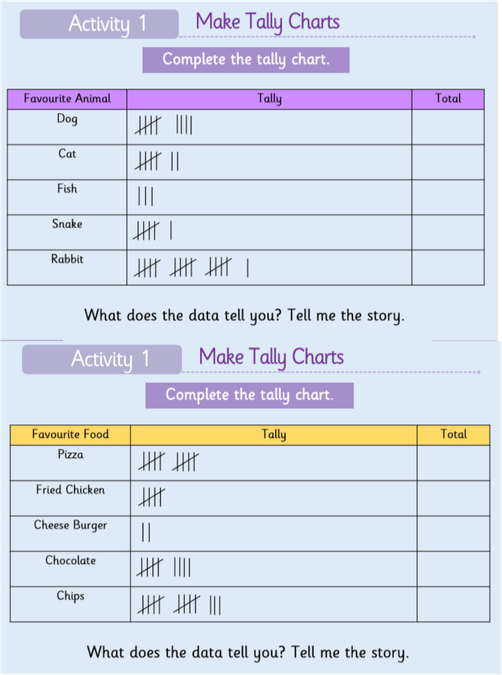 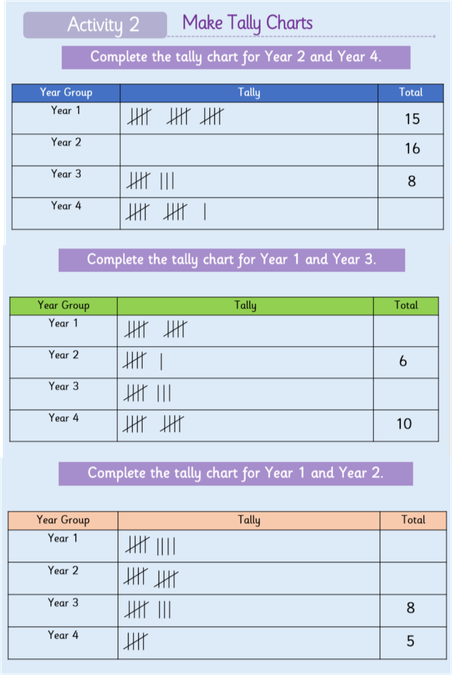 Now can you draw your own tally chart showing how many of the following fruits were sold in the shop. The cherries are sold in pairs 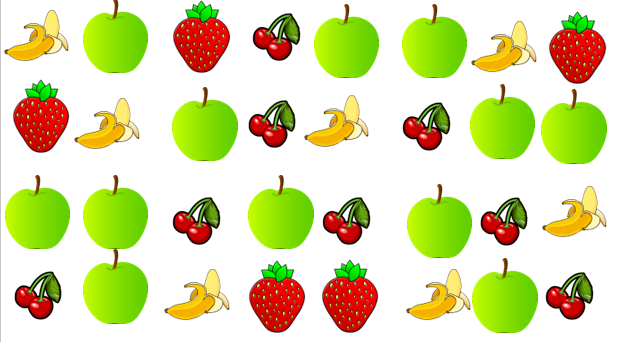 Here is an example table you can copy and fill in:

Then answer these questions...

1. Which is the most sold fruit?

2. Which is the least sold fruit?

3. How many bananas were sold?

4. How much fruit was sold altogether?