It's week 3 of the summer term already! This Friday is a bank holiday so we are only setting 4 sessions of work for Maths and English this week. Keep up the excellent work you're doing, we're very proud of you. Enjoy the extra long weekend! 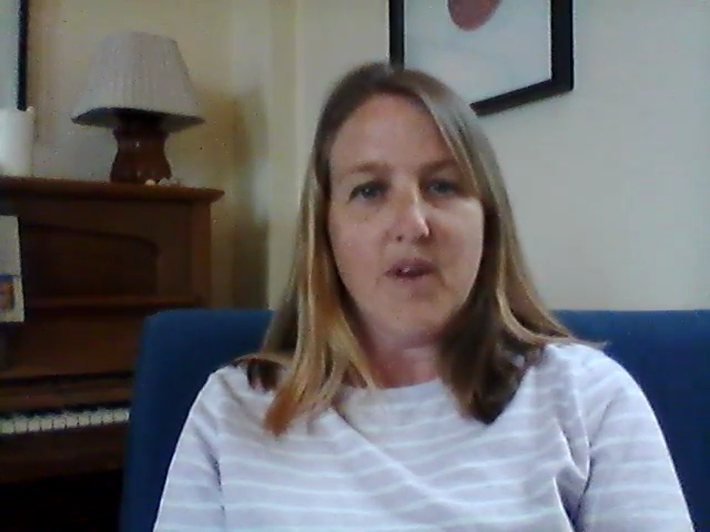 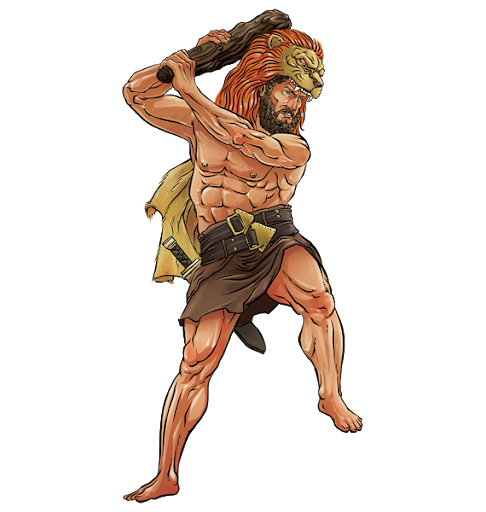 This week’s learning is all about Heracles, one of the most famous Greek legendary heroes, known for his incredible strength and intelligence. Heracles was the son of Zeus and Alcmene, granddaughter of Perseus. Zeus swore that the next son born of the Perseid house should become ruler of Greece, but—by a trick of Zeus’s jealous wife, Hera —another child, the sickly Eurystheus, was born first and became king. When Heracles grew up, he had to serve Eurystheus and also suffer the vengeful persecution of Hera; his first exploit was the strangling of two serpents that she had sent to kill him in his cradle.

Words to look up before starting:

Over two days read part 1 of the labours of Heracles.  There are some spelling mistakes, can you spot them? If the reading is too much for you, listen to the audio version at the top of the page.

Think about what it would feel like to have to serve your half-brother and to be told that you have to perform twelve impossible tasks. There are some effective adjectives in the writing, make a note of any that words or phrases that you like and might use in your writing.

Questions for when you read the Erymanthian Boar challenge:

In part 2, Heracles has to defeat the Cretan Bull, what do you think he will have to do?  Have a go at predicting his impossible task, then read or listen to part 2.

Were your predictions close?  If you were to think of one more labour for Heracles, what would it be?  What would be the most impossible challenge to give him?

Once you've read or listened to the first half of the labours of Heracles, imagine you are him and about to tackle the Nemean Lion.  Write a diary entry describing how you feel.  Perhaps you're really confident and brave and have no fear of the lion or maybe, even though you look strong on the outside, you're really scared and not at all sure you can defeat him.  You could describe what tactics you'll use to trick the lion.

Now that you've read the whole of part one, we'd like you to imagine that you are a news reporter and want to interview Heracles.  What questions can you think of to ask him?  In your home school book, write a list of questions and possible answers from Heracles.

Today you are going be journalists and write a newspaper report on Heracles and how he managed to complete the 12 labours.  In your report, we'd like you to include some quotes from Heracels, use yesterday's answers to your questions.  Here's a reminder of the success criteria you'll need to write your news article:

Now have a go at adding -ly to the following words:

How many more words can you find that end in le or ic to add to the list?

This week we say goodbye to fractions and will be working on adding and subtracting money.

Try these fun games to warm up

You'll need to practise your times tables daily, make sure you know the 3 times table for session 4!

YOU CAN NOW ACCESS TTROCKSTARS, YOUR LOGIN DETAILS  ARE THE SAME AS YOUR BLOG LOGINS.  ONCE YOU HAVE CHOSEN YOUR ROCK STAR NAME YOU CAN BATTLE EACH OTHER.

Here's the link to the Whiterose videos to follow each day:

Why would anyone want to look at animal poo? 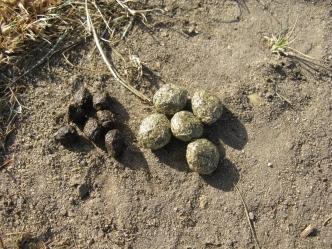 Sometimes wildlife is hard to spot, especially if it's nocturnal. But the signs that animals have been in an area can be a good start to discovering all kinds of species, from rare otters to common rabbits. In fact, ecologists rely on animal signs to help them understand the numbers, behaviours and movements of species. Such animal signs include calls, burrows, tracks, leftover meals, territorial markings, fur and droppings. So, poo can be very useful indeed!  This photo shows a rabbit and hare's droppings.

Poo also helps scientist to find out the diet of an animal.  Deadly 60’s Steve Backshall shows us how he identifies the diet of a musk ox in this short video: 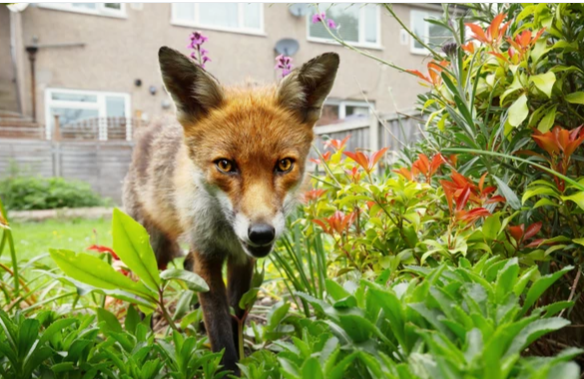 Remember, never touch animal poo, it can contain harmful bacteria.  If you are interested in identifying what animals might live in your garden or in the surrounding countryside whilst out on a walk with your family, here is a guide to help you:

Remember the work you did last week on the human digestive system? Many animals have similar digestive systems to humans, although different animals have different sorts of diets.  We can organise these different types of diet into carnivore (a meat & fish eating animal), herbivore (an animal that feeds on plants and plant products such as nuts,berries, grains and cereals) and omnivore (an animal that feed on both plants and animals).

Human and animal diets partly depend on what is available, as seen in Steve’s video.  Humans in other parts of the world eat different fruits, vegetables and animals than in the UK because different plants and animals thrive in that particular climate and terrain, e.g. Peruvians eat guinea pigs, Japanese eat a lot of fish and seaweed.  Can you think of other examples? If you have travelled to another country, perhaps you’ve enjoyed trying different foods?

We’d like you to research the diets of different animals using the animal facts pages on National Geographic website.

For more fascinating facts about why poo is essential to understanding the habits of animals here are some websites to look at.  Did you know there’s even a museum of poo on the Isle of Wight?

At the end of this session you will have learnt to:

This week we are focussing on the Mycenaean Period, which (if you check your time line from last week) came after the Minoan Period in Ancient Greek times.  But how do we know so much about life during this period of history?  Luckily for us, the Mycanaeans wrote using an alphabet they had invented.  This writing has been found on pottery, clay tablets, coins and other relics discovered in archaeological sites all over Greece.  These are called primary sources of information, as they are from the actual time of the Ancient Greeks, rather than being copies (which are known as secondary sources).  By decoding the writing, archaeologists have been able to find out what life was like during the times of Ancient Greece.

Firstly, I would like you to read through the powerpoint below called 'The Mycanaean Period' to understand the main events that happened during this period of history.

Then I would like you to do some Greek writing, following these instructions.  (The activity is also written on the last 2 slides of the powerpoint).

In your home learning books :

(You could stain a piece of paper with a wet tea-bag, let it dry and then write your message on it to make it look old)

Why not upload a picture of your message to our class blog and see if your friends can read your message?

Extension activity: look at the final slide of the powerpoint and learn how to say each of the letter names.  Can you identify which 2 letters are missing from the Greek alphabet?  Why do you think this is?

The vase is an important piece of Ancient Greek history and used as a form of art to represent a story, whether this be through patterns or figures.

This week, we'd like you to design a decoration for your own Greek vase that depicts one of the Greek myths you have read.  We would like you to draw and colour it or paint it.  Follow this step by step guide of things you need to think about when designing your vase and some examples to inspire you – have fun and get creative. 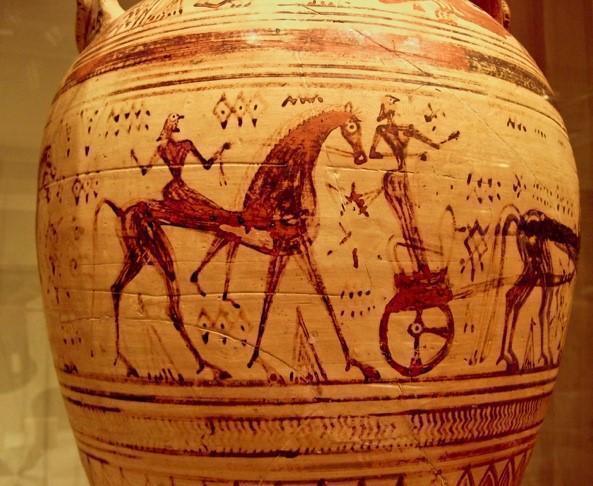 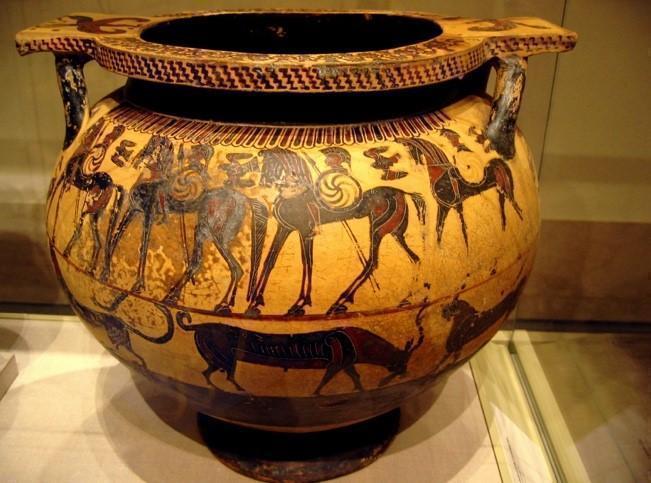 Think about what you can see on this vase? I notice that both are showing a journey through horses and people, this may represent the different journeys they've  been on that are important. You will also notice that both vases have different patterns and are very detailed which adds to the overall decoration of the vase.

Step one: Chose a shape for your vase, we've added some you can choose from or you can design your own. 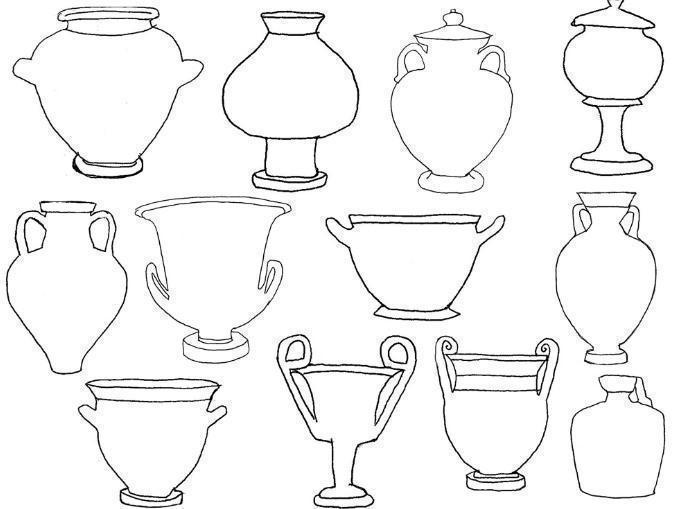 Think about your design and what shape you think will work best. For example, if you want to add an animal or figure you'll need a wider vase. Think about which would suit your idea best.

At the bottom of this activity there is a link to some templates to print off that you could use if you'd like.

Step two: Design your vase, what Greek myth do you want to tell?  Theseus and the Minotaur or perhaps Hercules and the Twelve Labours?   You might want to sketch some different ideas before drawing on to your vase. For example, if I was to draw Theseus and the Minotaur, I would draw Theseus, the Minotaur, Ariadne, King Minos and a ship sailing to Crete. I might add a pattern at the top and the bottom to replicate the ancient Greek style. Have a look at the different patterns you could include to make it follow an Ancient Greek style.

Look back at the photos of the vases, how have they included patterns? 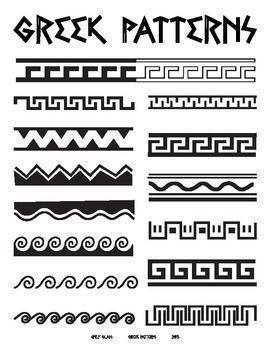 include these in your design?

Step three: Decorate your vase design with colour! The Greeks didn't have all the colours we have and used very neutral tones, mainly brown’s and blacks due to the clay material they used. Think about how you could replicate this.

Remember – this doesn’t have to be perfect; we want you to experiment, enjoy and most importantly have fun! 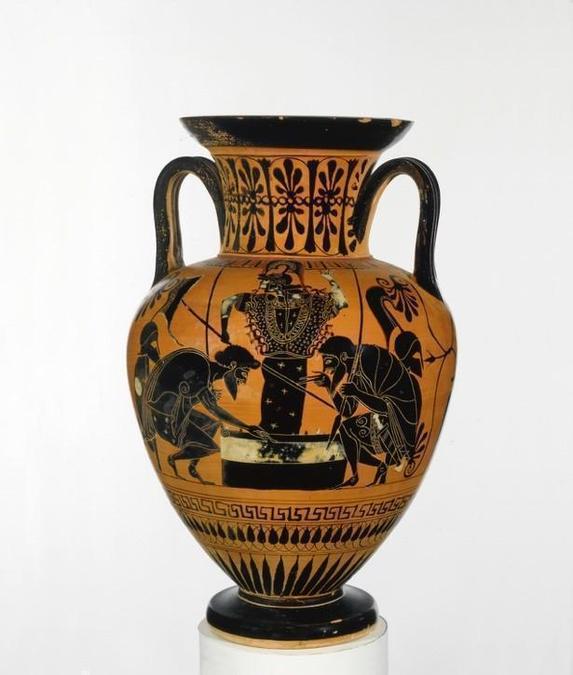 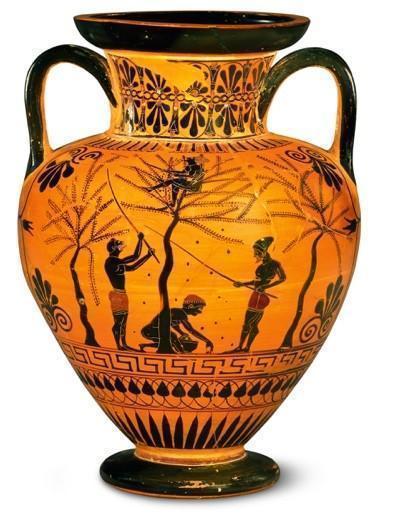 Templates for your Greek vase design 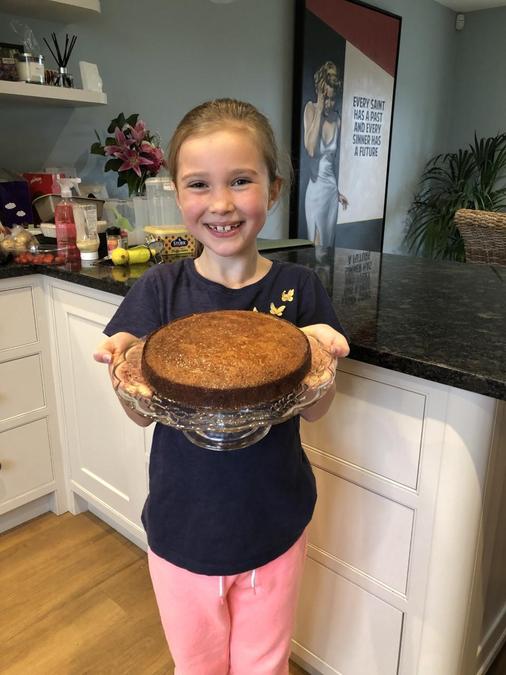 After Katie posted a photo of her delicious Greek Honey cake, we thought we should all have a go at making one.

Here is the recipe she used:

Katie's tip is to halve the amount of honey and sugar  for the final part of the recipe.

We look forward to seeing the results!

Based on our work about the 12 labours of Heracles in English, we would like you to invent your own PE circuit with 12 activities.  (This is probably best done outside where there is more space)

Some suggested activities you may want to include in your circuit :

star jumps, sit ups, press ups, cartwheels, bouncing a tennis ball on a racquet, bouncing a ball on the ground, skipping, throwing and catching a ball against a wall/in the air, jumping forwards and backwards over an object, tuck jumps, etc.  There are some more suggestions in the document below.  Be inventive using the equipment you have at home.