We are at a very exciting part of our text 'Song of the dolphin boy' where Finn's secret is now out and his relationship with the other characters, including his own father, has changed dramatically.  The children have been inferring how each character would have felt and we have had some fantastic drama sessions where the children have demonstrated their inference skills through hot-seating, freeze-frames and conscience alleys.

Recently the children have planned and written their own 'transformation' story.  Mrs Johns and Mrs Terry have thoroughly enjoyed reading all of their imaginative ideas and they are working hard at improving their own writing by including adjectives, adverbs, similes and accurate punctuation, especially in sections of dialogue.  Once finished, these will be collated into a class book for our reading corner, so that the children can enjoy reading each other's stories.

05.02.20 - Year 3 really enjoyed their trip to the 'Sea Life Centre' in Great Yarmouth last week and were very keen to recount the experience in their English books after the trip.  We have been continuing to read our class text - 'Song of the dolphin boy' and have come to a very exciting part.  Finn was being chased by his classmates and ended up in the sea (where he was forbidden to go by his father).  When he tried to get out, he couldn't grip onto the side.  We predicted that he would get out, but the question is how?  In their writing this week, the children have been concentrating on improving basic sentences by adding adjectives, adverbs and generally more adventurous vocabulary.

14.01.20 - We have begun to read our class text 'Song of the dolphin boy' and have been focusing on the setting and characters in the story.  This week we have used adjectives in our descriptions of the view Finn saw over the village of Stromhead from his garden gate.  We have also written a conversation between Finn and his father focusing on correctly setting out and punctuating our speech using inverted commas and using alternative words for 'said'.

21.01.20 - In our class text, Finn was mesmerized by a poster about dolphins.  This week we are going to produce our own non-chronological report about a sea-creature.  We have chosen our sea-creature and begun to plan what our report will look like (having looked at similar texts), thinking about headings, sub-headings, pictures and captions.  For the rest of the week we will research our sea creature using the internet and books, collecting information in order to write an informative report.

29.01.20 - The children have written some wonderful non-chronological reports about their chosen sea-creatures.  They thought about choosing powerful headings and sub-headings to engage the reader and including colourful pictures with captions.  We have collated them into a class book. 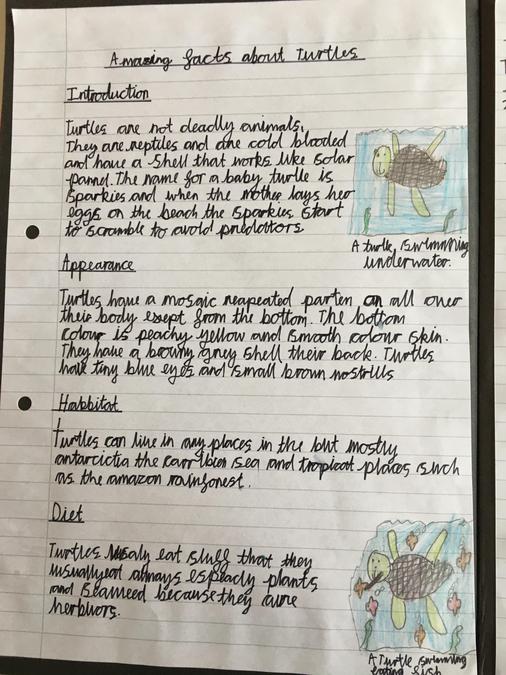 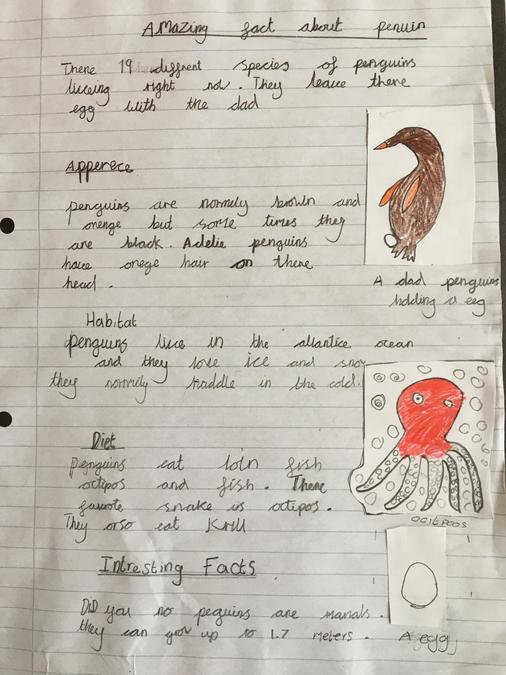 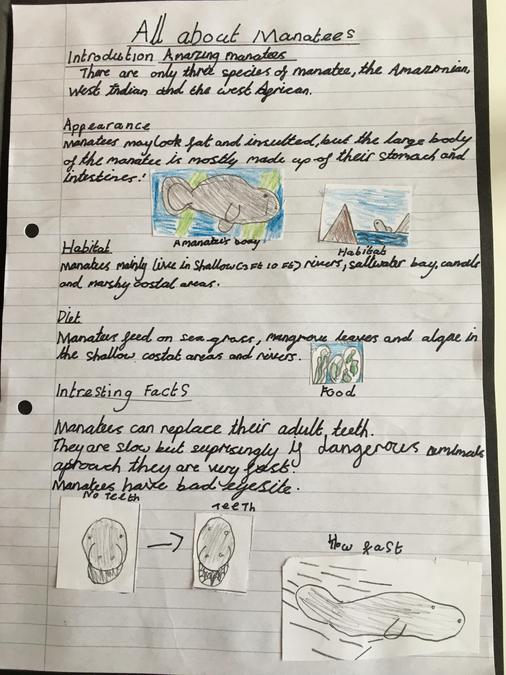 Following our trip to Colchester Castle, the children designed their own leaflets advertising the castle and explaining some of the things that you can do during your visit there.  They included the key features of a leaflet, which they had previously identified through evaluating a range of leaflets.  We are ending this half term by writing poetry - 'The Roman Sound Collector' (based on the poem 'The Sound Collector' by Roger McGough) and a kenning describing a person from the Ancient Roman times.

During the Autumn Term we will be reading the story of Iliona, A rich Greek girl who is captured by pirates and sold to a Roman family as a slave.

Last week the children acted out an auction, thinking about their best selling points and bidding for a slave with features that would be of use! The children used this experience to write a diary entry describing in detail the auction.  They used their senses when describing how the room and crowd looked and sounded and how she felt being pushed up onto the stage.